Optimizing the Grid Operation by Using the FNN Control Box

Launch of the Funding Project SMECON-Box

In February 2021, the project “SMECON-Box”, funded by the German Federal Ministry for Economic Affairs and Energy, was started with an online kick-off meeting of the participating energy experts Energynautics, Swistec, VIVAVIS and COUNT+CARE as well as the associated partners Webasto, SOLARWATT and ENTEGA Plus.

The background of the project is the installation of intelligent metering systems, which is, since 2020, mandatory for private households in Germany with a yearly consumption from 6,000 kilowatt hours. By this, the German government aims to promote the digitalization of the power system and the energy transition. This creates new opportunities to optimize the grid operation as well as the integration of renewable energies and new consumers (such as electric vehicles and heat pumps) into the low voltage grid.

Within the intelligent metering system, the Smart Meter Gateway is the central communication unit. It enables grid operators, utilities and other stakeholders to access billing data and grid data as well as operating resources such as photovoltaic systems, batteries, heat pumps, charging infrastructure and home energy management systems.

The objective of the three-year funding project is to develop a smart FNN control box, the so called SMECON-Box (Smart-Meter-CONtrol-Box). It combines local intelligence and central controllability. By using decentral and self-learning algorithms, the SMECON-Box will determine the grid state continuously and, in case of a critical grid situation, intervene autonomously. By this, the remote control by the grid operator will be minimized. A special focus is on the development of decentral grid supporting charging strategies for electric vehicles. The developed solutions will be tested and optimized in field tests.

Bidirectional communication infrastructure between the grid operator and decentral generators or consumers via the Smart Meter Gateway and the SMECON-Box. 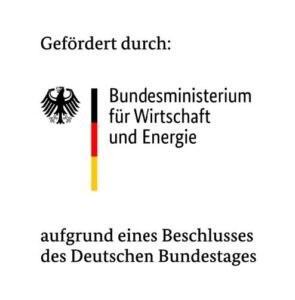