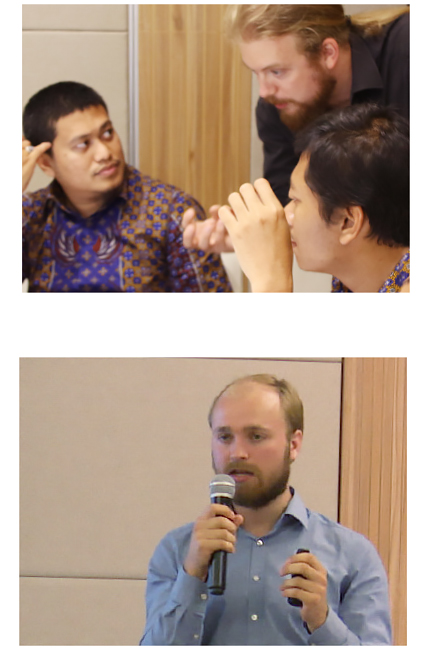 Energynautics engineers Peter-Philipp Schierhorn and Leonard Hülsmann travelled to Belitung, Indonesia, to deliver a training session on power system planning with high shares of renewable energy to staff from the state utility PLN in September 2019. The training was commissioned under the Renewable Energy for Electrification Programme REEP 1000 Islands by the German Technical Cooperation GIZ, following up on a number of island grid studies conducted by Energynautics, including a study on Belitung.

Especially in small island systems mainly supplied by diesel generators, variable renewable energy (VRE), especially PV, is becoming economically feasible and can help reduce both generation cost and the environmental impact of power generation. With relatively little experience with VRE generation on PLN’s side, the purpose of the training was to further the understanding of planning and operation of small power systems with increasing shares of VRE with PLN’s planning staff. Lectures included subjects such as the mitigation of VRE fluctuations by distributing VRE units in the system, the role of energy storage, an introduction to power system optimization tools, and operational issues such as frequency control that must already be considered in the planning stage.
Besides extensive lectures on these topics, participants were asked to bring power system data from their “home” power systems and assess the potential issues and benefits of VRE integration in small groups. In the group assignment, participants analyzed the renewable energy potential, the properties of the existing generation fleet and the load development and conducted a brief, high-level VRE integration study. The week-long training session closed with a multiple-choice exam and the presentation of the group results. 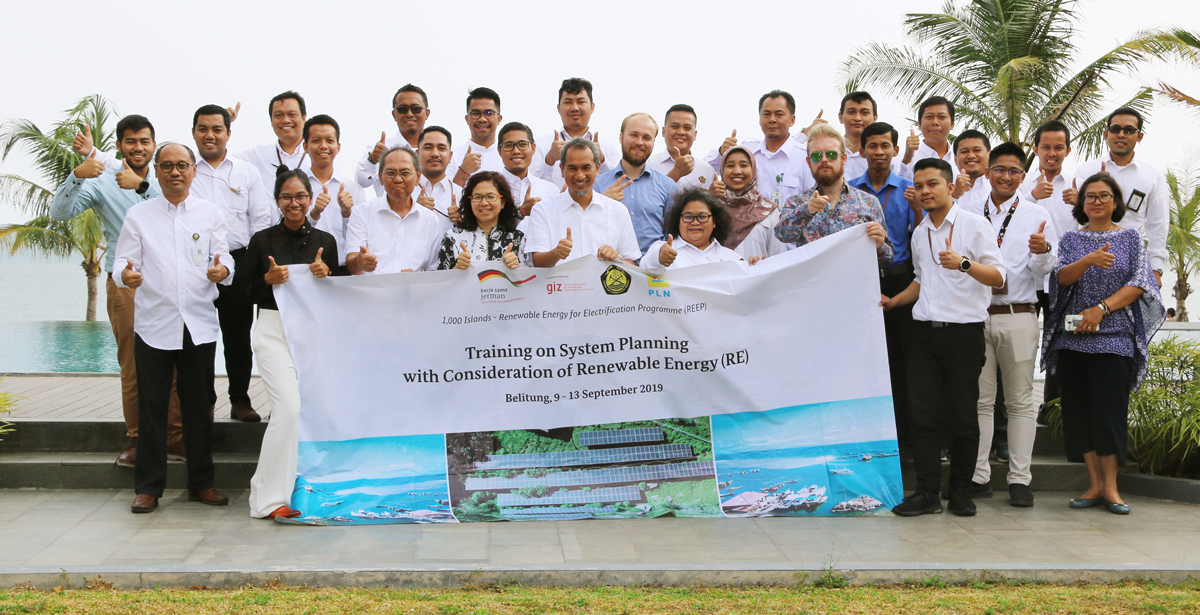