In February 2021, the Distribution System Study for Rhineland-Palatinate (RLP), which was assigned by the state government, was successfully completed. Energynautics conducted the study together with Öko-Institut (Institute for applied ecology) and Stiftung Umweltenergierecht (Foundation for environment and energy law). As part of the study, Energynautics modelled the power system of Rhineland-Platinate for the years 2030, 2040 and 2050 in order to compare the advantages and disadvantages of a decentral system in contrast to a central energy system.

The modelling has been carried out in PyPSA, an open-source toolbox for simulating and optimizing power systems in Python. In addition to consumers and generators, the model contained different flexibilities such as battery storages, electric vehicles, heat pumps and power-to-gas. As a start of the modelling, a base case scenario representing the centralised system was optimised with the objective of minimizing system costs. The results were compared with the decentral scenario, where neighbouring regions have been combined to energy combs, which have the objective of a high degree of autarky.

The optimisation showed that, by defining energy combs and adapting the operating mode, the autarky can be increased. However, with a share of renewable energies of 100 %, central optimization already leads to a very high degree of autarky, and the slightly increased autarky due to decentralized self-consumption-optimized operation can only be bought by higher operating costs and an increased use of conventional generation.

It was also concluded, that the future power system should use decentral generation as well as decentral flexibilities (e.g. batteries, flexible loads). However, the optimisation of the system should mainly take place at a centralized level: the power grid as centralized flexibility option plays a crucial role.

Read more in the ministry’s press release (German) as well as in the project report. 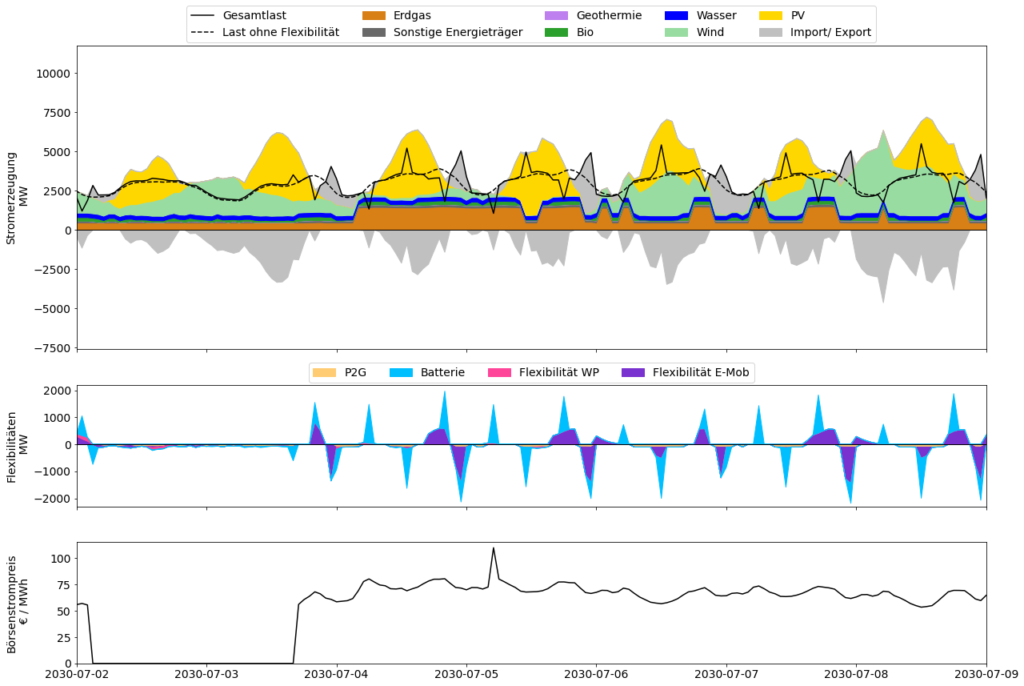 Optimization of the generation dispatch for a summer week in 2030. 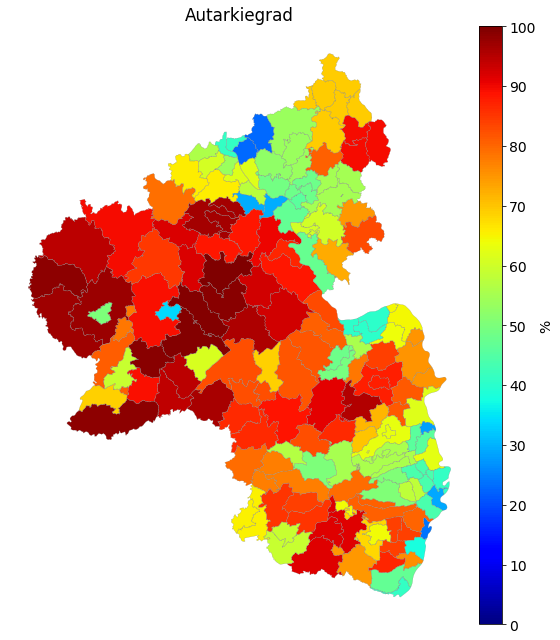 Degree of autarky of the base case scenario in 2030.