As part of the second stage of the GIZ implemented “1,000 Islands – Renewable Energy for Electrification Programme (REEP2)” on behalf of the German Federal Ministry for Economic Cooperation and Development (BMZ), Energynautics supports renewable integration in Indonesia under a three-year contract, following a previous similar agreement for the first project phase from 2017 through 2020.

One of the major assignments to Energynautics under this program is an operational planning study for the power systems of Sulawesi, one of Indonesia’s largest islands. For this purpose, a mixed integer optimization tool is needed to simulate unit commitment and dispatch in different scenarios (production simulation) including grid and security constraints (security constrained optimal power flow, SCOPF).

Instead of using a commercial software, Energynautics decided to enhance the open source power system optimization software PyPSA, which already contains some of the needed functionality, with additional packages developed in-house. Added functionality included the following:

The advanced model will be used for the Sulawesi operational study, but is also available for use in other system studies and will replace Energynautics’ previous in-house tool ENAplan, some functionality of which has been carried over. 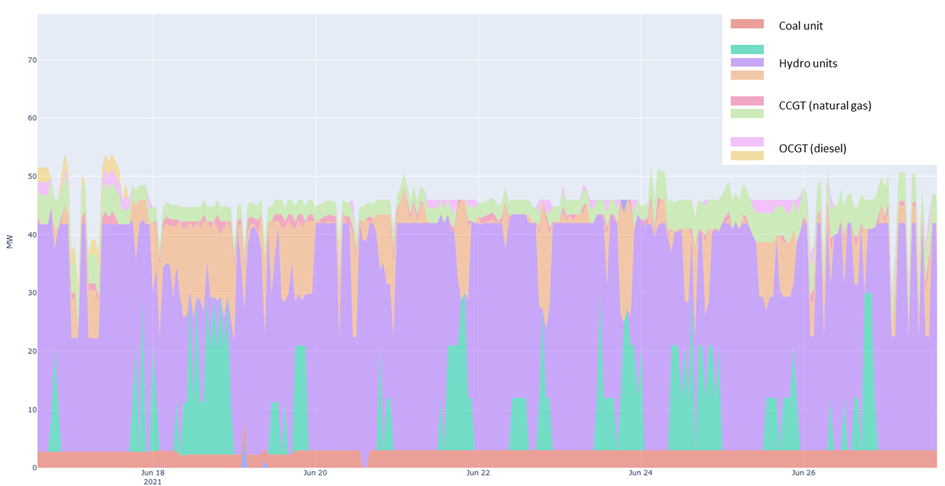