Energynautics GmbH supports the Sustainable Development Goals of the United Nations.
As consultants in the energy sector and organizer of renowned international conferences in the field of grid integration of renewable energies, Energynautics assigns its business activities to the achievement of sustainable development goal 7, which is to ensure access to affordable and clean energy.

How does Energynautics contribute to reaching Sustainable Development Goal 7?

Almost all of Energynautics’ international projects involve the integration of renewable energies into power grids. Through our services, we make it easier for key players in the energy sector to integrate large-scale renewables into their systems. These services range from grid studies, grid code and smart grid development to measurement campaigns, model development for generation plants, capacity building and conference planning. By designing intelligent new solutions for grid planning and operation, Energynautics contributes to the development of sustainable grids (SDG 7.1 & 7.2).

Energynautics conducts research and consulting projects for grid operators, non-governmental organizations, regulators, public clients, wind and solar manufacturers, renewable energy project developers, investors and other clients. The projects focus on issues related to the integration of renewables into electrical grids; the range of systems studied extends from individual generators or consumers to small island grids and distribution networks to interconnected systems across regions. Major projects in recent years include the development of grid codes for wind and solar power generation and a series of renewable energy integration studies for grid operators in Europe, North and Central America, the Caribbean, and Asia.

Energynautics is involved in a large number of projects for international institutions like the world bank, KfW development bank, governmental organizations and ministries, IRENA, Deutsche Gesellschaft für International Zusammenarbeit (GIZ) and other development agencies. With the work in these projects, the company is actively helping developing and emerging countries to improve their power grids and, in particular, to integrate renewable energies safely and reliably. Only an area-wide energy supply that is adapted to local conditions and geared to the future with a high share of renewable energies can guarantee affordable, reliable and modern services worldwide. This is what the day-to-day work of Energynautics’ engineers is all about (SDG 7.1, 7.2, 7.3 & 7.B).

Organizing Conferences on Renewable Energy Grid Integration: The key competency of Energynautics is the ability to offer innovative solutions leveraged by its unique positioning that bridges industry and research. This stems from having access to an extensive network of industry experts, built through organizing events for knowledge sharing and capacity building such as the annual International Workshop on Large-Scale Integration of Wind Power into Power Systems as well as on Transmission Networks for Offshore Wind Power Plants and the Solar & Storage Integration Workshop. In 2017, another event in the field of renewable energy integration was added with the E-Mobility Power System Integration Symposium. The Hybrid Power Systems Workshop focusing on hybrid power grids, micro grids and island grids has been an integral part of the conference program since 2018 (7.A)

Capacity Building: In parallel, the involvement of Energynautics has been visible in the international arena for discussions on power systems and renewables integration prominently by our involvement in countless workshops, seminars, and lectures on power grids and renewable energy technologies.
Energynautics staff discuss the technical, cost, market and regulatory framework aspects of power systems, to a wide range of audiences from political and regulatory bodies, transmission and distribution system operators, generator owners, engineers and non-engineers in developing and developed countries.
For instance, since 2008 Dr. Ackermann regularly teaches capacity building courses that are financed and organized by the Swedish International Development Cooperation Agency (SIDA), which works to promote awareness of renewable energy integration issues to participants from developing countries. Energynautics is experienced in capacity building for different stakeholders through various workshops, which were held in the context of projects such as on the Seychelles and the Philippines, both financed by the World Bank (SDG 7.A & 7.B)

Including Evaluation of Variable Renewable Energy (VRE) Integration into power systems on the transmission and distribution level: With a team of consultants who boast a strong academic and research background, the company offers expertise in the techno-economic modeling, design, simulation and analysis of power grids on the transmission and distribution level to conduct power system and VRE integration related studies and model the possible implementation of solutions. Their modeling work has ranged from decentralized hybrid generation models and small islanded grids (e.g. India, Denmark, Indonesia) to country-level analyses (e.g. Honduras, Guatemala, Costa Rica) right up to multiple studies of the entire European transmission system with high shares of renewables. Energynautics counts also on experience in developing Power System Capacity Expansion Plans with high shares of VRE, considering multiple future scenarios and determining among other least-cost solutions in countries like Indonesia or currently in Guyana and Trinidad and Tobago. Energynautics has performed modeling for diverse clients such as the Inter-American Development Bank, the World Bank and the government of the federal state of Rhineland-Palatinate in Germany, in countries all around the world (SDG 7.1, 7.2, 7.3 & 7.B).

Technical requirements for power system users: Energynautics can provide extensive experience in the regulatory issues of electrical grids. This has been substantiated in multiple projects targeting technical requirements for RE generators and grid code development, to an extent that advice has been sought from TSOs in Turkey, USA and Australia, and additional grid code review work has been contributed for countries such as Mongolia, Armenia, Estonia, Lebanon, Vietnam, Seychelles and Barbados. Energynautics experts have authored the guide on “Scaling up Variable Renewable Power: The Role of Grid Codes” for the International Renewable Energy Agency (IRENA) and are member of one of the German working groups on grid codes (SDG 7.1, 7.2, 7.3 & 7.B). 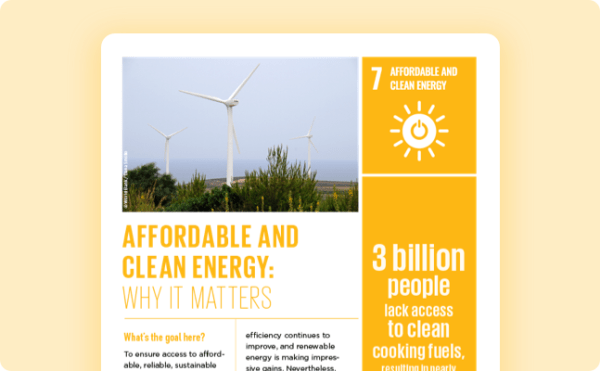 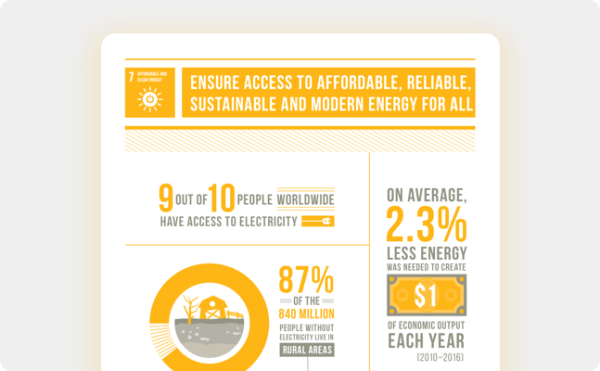 The Goals in Detail

7.2 By 2030, increase substantially the share of renewable energy in the global energy mix

7.3 By 2030, double the global rate of improvement in energy efficiency

7.A By 2030, enhance international cooperation to facilitate access to clean energy research and technology, including renewable energy, energy efficiency and advanced and cleaner fossil-fuel technology, and promote investment in energy infrastructure and clean energy technology